<< Back To Previous Page 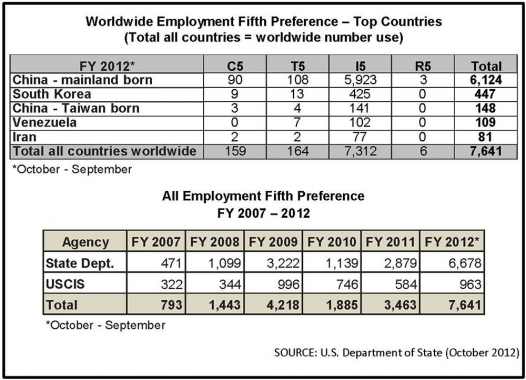 The EB-5 regional center industry continues to expand. We just got another regional center project amendment granted with an “exemplar I-526”  (project approval) to expand a factory and create 200+ high-paying jobs. At the same time, we are seeing much more scrutiny of the EB-5 program and applications on many levels and by many agencies.

Last week there were news reports that USCIS Director Ali Mayorkas (now nominated to be Deputy Secretary of the Department of Homeland Security) is being investigated for helping Hillary Rodham Clinton’s brother with a regional center application. It smells like a political witch hunt. The news reports also mentioned that the SEC and others are looking at the EB-5 program in depth. I have also heard this from numerous sources in China and the United States. I am also told the Financial Industry Regulatory Authority ( FINRA) is looking at how regional centers conduct business.

Further, I have heard that some in the security agencies think China and maybe other countries are sending spies to the U.S. via the EB-5 program. The U.S. Department of State runs criminal and security checks on each immigrant, and they are interviewed. Also, the USCIS sends fingerprints to the FBI and other agencies for that same reason at the I-829 stage.

I have asked the USCIS and the DOS to fast track 750 additional I-526 petitions and immigrant visas to use all of the FY2013 EB-5 visa numbers this fiscal year. This will significantly reduce the demand for visa numbers in FY2014.

The Department of State (DOS) told me if the current USCIS processing pace of I-526 adjudications continues, there will be about 2,000 FY2013 EB-5 visas left on the table on October 1.

I believe USCIS has 5,000(+/-) I-526 petitions backlogged. After approval, they will probably cause the EB-5 preference to backlog in FY2014, adding more waiting time to the immigration process (unless the Leahy Amendment and S.744 become law, which we all know is uncertain, if not doubtful).

There is precedent for fast-track processing EB-5 cases. A few years ago, when the regional center statute was about to expire, many I-526 petitions were granted and seemingly sent from USCIS’ California Service Center directly to the American Consuls, where applicants were instructed to bring their DS-230 forms and documents directly to the consul for immediate IV processing. This reduced processing times from 4 to 6 months to a matter of days.

I realize this will be difficult (especially with the investigation of former USCIS Director Mayorkas), but the EB-5 program brings hundreds of millions of dollars into the U.S. for job creation, mostly to high unemployment areas where jobs are created.

Please contact your Congressional representatives and urge them to encourage the USCIS and the DOS to fast track some cases so these 2,000 visa numbers, provided by Congress for the EB-5 job creation program, do not go to waste and cause the EB-5 quota to backlog next year.

Thank you for your help.

Earlier this year USCIS held an EB-5 stakeholders’ call about “ELIS,” the new electronic library that USCIS will launch for EB-5 petitions later this year. USCIS’ plan will permit regional centers to put certain documents in this “library” for reference by its examiners, reportedly, so they do not need to be filed with each case. In the beginning, at least, ELIS will be voluntary.

ELIS is already in place for some non-EB-5 applications. We have experienced difficulties with ELIS due to the complexity of the system and its refusal to accept some documents.

One thing that is clear is that document control will be very important when using this system. For example, regional centers will be able to upload documents to the USCIS electronic library, but will not be able to remove any documents once they are in the library. Note: multiple versions of similar document in the library are bound to cause confusion.

There is another reason that regional centers must ensure that all the documents in the ELIS library are consistent and up to date – each I-526 applicant will be required to provide an attestation that his or her subscription agreement and other key offering documents are identical to those in the USCIS library. Note: USCIS adjudicators, including its securities lawyers and economists, will also be reviewing the documents in this library.

Some think that the ELIS library will also allow other agencies looking at the EB-5 program (SEC, FBI, American Consuls – see my previous news email regarding the investigation of Ali Mayorkas) to more easily access regional centers’ documents.

USCIS says it will roll out this system in the fall. It may take longer, but we will soon start preparing for when ELIS will take effect.